To protect a medical convoy, Captain Hunt and Tyr must infiltrate and disarm a Nietzschean base. 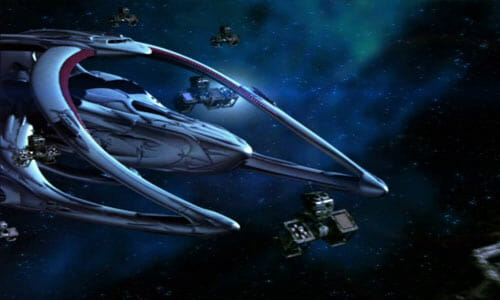 Andromeda escorts a bunch of medical ships to bring aid to plague victims. Their path takes them through a system containing a former Commonwealth missile base, now controlled by the Drago-Kazov Pride. Hunt and Tyr are dropped off on this planet. Their mission: to disarm the base before the convoy passes through. 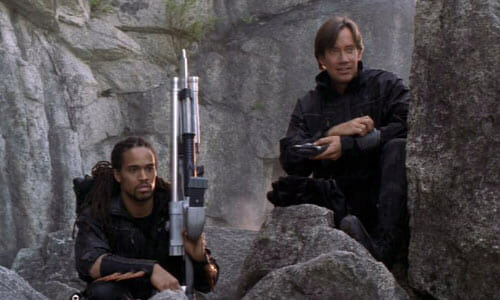 Tyr and Hunt look for a way into the base

As Hunt and Tyr force their way through the missile base, they learn that the base commander is Cuchulain, the asshole from that one episode. Cuchulain says he doesn’t have any qualms with Hunt because it’s Tyr he’s really after; he’s pissed about how Tyr stole Drago Musevni’s bones awhile back. This is the first Hunt’s heard of the bones, so he’s all, “What the hell have you been up to, Tyr?” 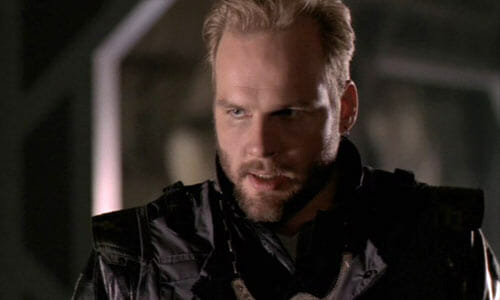 Back to Andromeda – one of the ships in the convoy doesn’t make the Slipstream jump and gets lost. Beka goes out in the Eureka Maru to find it (leaving Harper in command of Andromeda), but instead finds three Drago-Kazov ships. She’s able to destroy two of them and damage the third, but the Maru gets damaged itself in the process. 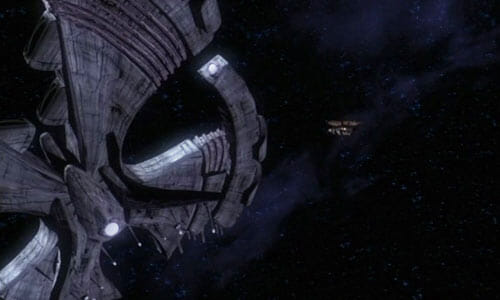 The Drago-Kazov ship and the Eureka Maru

Beka and the Drago-Kazov pilot race against each other to get their respective ship’s weapons systems restored first, all the while chatting with each other. The two of them form a sort of mutual respect for each other, but in the end, Beka wins the race and destroys her opponent’s ship. 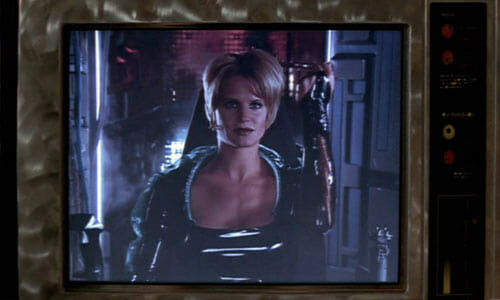 Meanwhile, Hunt and Tyr gain control of the missile base; Cuchulain and his men show up in the command center, and Hunt plays a game of chicken by having the base fire missiles at itself. After the fourth missile, Cuchulain gives up and orders all his ships to leave Andromeda and the convoy alone. 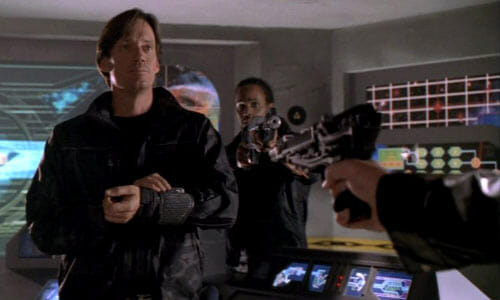 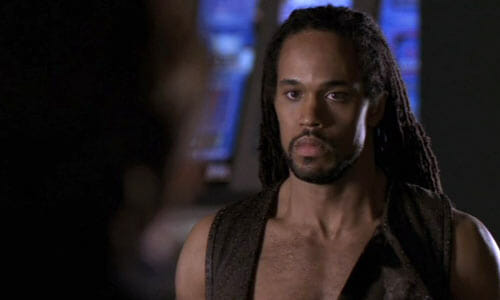 Tyr gets in trouble for keeping secrets

This was a busy episode with quite a lot going on. First there’s Hunt and Tyr on base infiltration duty. So-so, not bad. It was nice we had Cuchulain show up again for extra continuity, and Tyr’s bone theft comes back to haunt him once again. However, there are some elements of this storyline, particularly some of the action, that reminded me way too much of Exit Strategies to the point where I got them a bit confused. 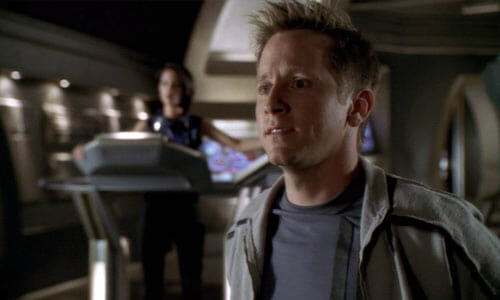 Harper in command of Andromeda

Harper being in command of Andromeda led to some nice, but minor development. We didn’t see too much of this, but what we got was decent. 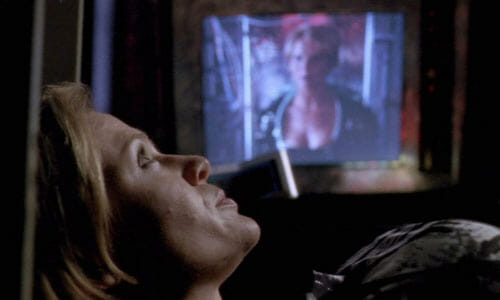 Then finally, my favorite part, with Beka and the Drago-Kazov pilot, Parvati, who was made to be fairly likeable to add tragedy Beka is forced to kill her.