The Andromeda crew must solve a dispute by stealing a gem, but Beka’s budding relationship with a security officer complicates matters. 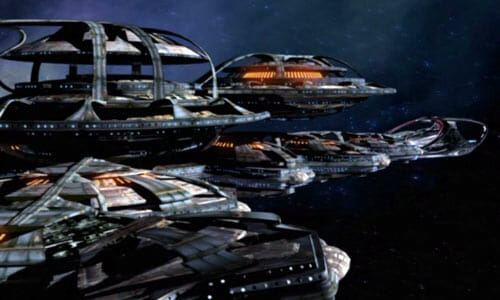 Andromeda visits Pierpont Drift, where Captain Hunt is to negotiate a dispute between the skeevy leader of the drift, Doge Miskich, and the insectoid Than species. The Than want a priceless gem from Miskich’s collection because they believe it belongs to them (it’s the crystallized remains of their first queen), and they will resort to violence to get it. 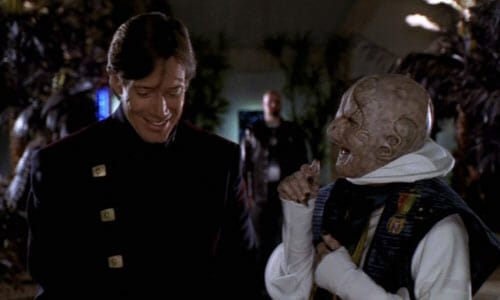 Elsewhere on the drift, Beka runs into a man named Leydon, the head of Doge’s security force. He’s played by Anthony Lemke; if he looks familiar to you, it’s because he now stars as Three in Dark Matter. Because of the Andromeda crew’s criminal records, Leydon tells Beka (in a flirty tone) he’ll keep an eye on them. 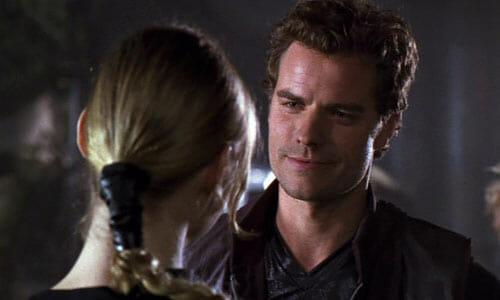 Talks between Miskich and the Than representative break down, so Beka gets Harper and Trance together and they break into Pierpont’s museum, Ocean’s 11-style, to steal the gem for the Than and replace it with a fake. Just as they celebrate their win, Hunt tells them Miskich acceded to the Than’s demands, and Beka and co. now have to return the gem. But upon closer examination, it turns out this gem is a fake, too. Where’s the real one? 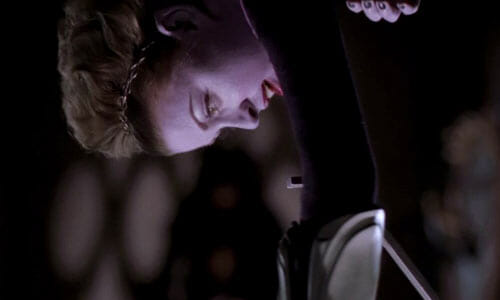 Beka goes on a date with Leydon and discovers he’s really a famous thief that goes by the name “Schrodinger’s Cat.” He stole the real gem, and now wants her to be his partner in crime. She declines his offer and steals the real gem (switching it with one of the fakes), makes a copy of the super secret treasure map embedded within, then hands it over to Hunt to give to the Than. 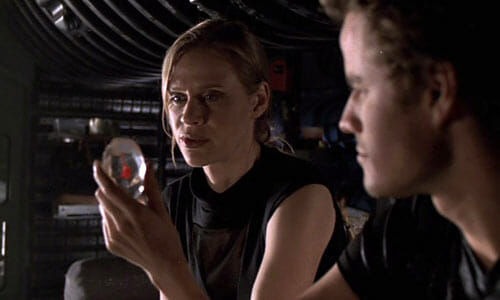 This was a filler episode, but not a bad one at that. The endless gem swapping thing was a bit confusing, with all the lying, double crossing, then triple crossing, but still a decent Beka story, though. The incidental music in this episode was above average, with a nifty, downbeat theme for Beka (which would be reused a couple times down the line) and some weird Beverly Hills Cop-esque track in the scene where Trance steals the gem. 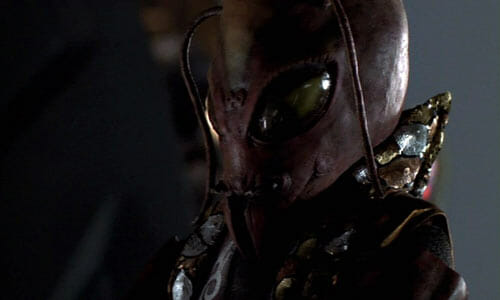 Oh Than, we hardly knew ye!

It looks like the Than costume, last seen in early season 1, was refined a bit; from the remarks I’ve seen online, it was often criticized for appearing too cheap and cheesy, but I had no problems with it. I love insectoid aliens and felt the Than had the potential to be very interesting. Unfortunately, for one reason or another, this is the last we’ll see of them, though they do have a minor role in one more episode.