Harper inadvertently restores a backup file of Andromeda’s AI that doesn’t recognize the crew and tries to kill them all. Hundreds of Magog board the ship and try to eat everyone. 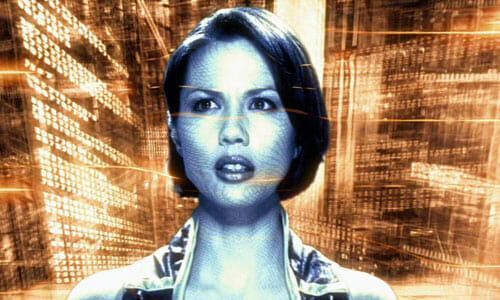 Andromeda in the VR matrix

While performing maintenance on Andromeda, Harper finds an old backup file of the ship’s AI. He opens it and holo-Rommie reverts to an older version of herself before Hunt was captain; she doesn’t recognize any of the crew, and believing them to be a hostile boarding party, tries to kill them with shipboard defenses. Android Rommie, being a separate entity, isn’t affected by the backup restoration and is seen as an intruder. 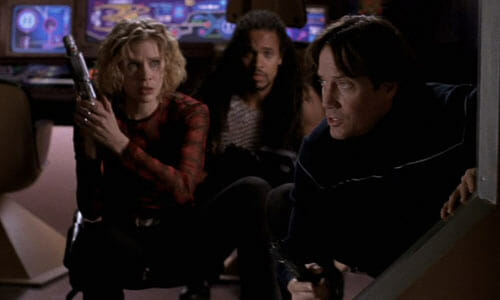 Andromeda has turned on its crew

Holo-Rommie relives her last mission with her original, Pre-Hunt crew, and coerces Trance to pilot the ship through slipstream to an unknown destination. An armada of small Magog ships come across Andromeda and latch onto it, sending oodles and oodles of violent Magog aboard. 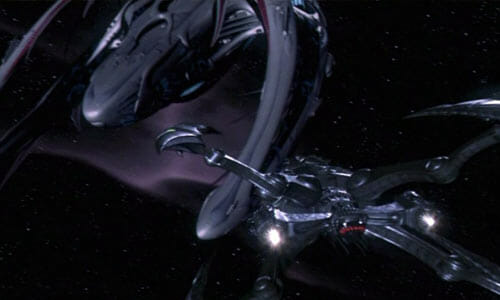 Send in the Magog

The Andromeda crew fight off all these Magog, which are actually killed pretty easily. Harper is able to access Andromeda’s VR Matrix and restores Rommie’s memories, and we see the result of her last mission with her first crew – everyone slaughtered by the Magog.

Andromeda makes another slipstream jump and encounters an immense spaceship made up of a large cluster of twenty planets around a star. This is the Magog World Ship, and it’s what Rommie was looking for on her earlier mission. 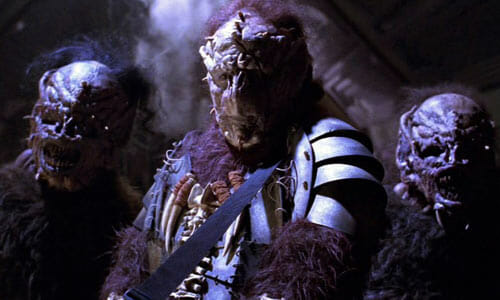 More and more Magog pour into the ship. A “boss” Magog, Bloodmist, tries to tempt Rev Bem back to his carnivorous, bestial roots…and it seems to work. The World Ship fires its Point Singularity Projector weapon at Andromeda, causing heavy damage. Android Rommie is impaled by a pole, Harper and Tyr are nabbed by the Magog, and the rest of the crew lie on the floor bleeding.

We get one last view of the World Ship and its controller, the shadowy guy from that one episode awhile back! 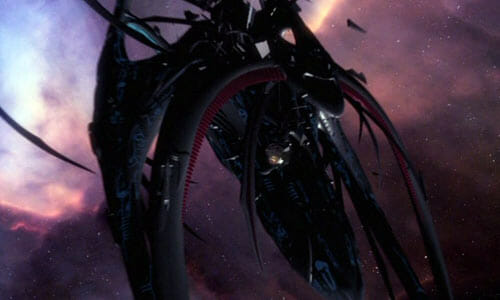 When this episode started and we had the whole Rommie turns on the crew story going on, I was underwhelmed: “This is the season finale?” The arrival of the Magog did pique my interest a little bit, and it was nice to see the crew’s fear. It reminded me a bit of how Serenity’s crew in Firefly reacted when they encountered the Reavers in the first episode. But as soon as we saw the Andromeda crew killing the Magog by the hundreds in a boring, tensionless action-fest, I lost hope. 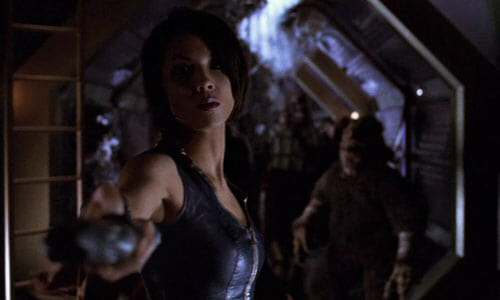 The Magog went down way too easily

On the plus side, there was some good to be had in this episode. Captain Hunt and Beka have a nice scene towards the end, where she promises to continue his quest to restore the Commonwealth should he die. A far cry from the skeptical Beka we saw in the early episodes. Tyr and Harper also have some good moments before their fight with the Magog in a scene reminiscent of the end of Butch Cassidy. 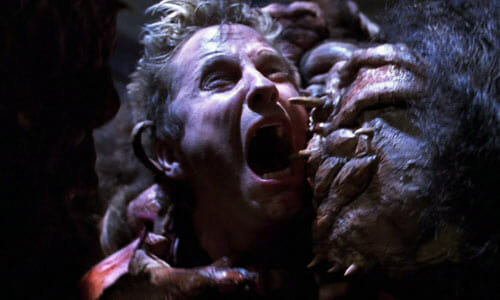 We leave the episode with the return of shadowy guy and Andromeda in really bad shape. Could the show actually be leading up to something interesting? We shall see.

Overall, I’d say this season was fairly bland with glimmers of goodness. The first several episodes ranged from decent to good, notably the first time travel episode, which was easily this season’s best offering. Towards the middle to the end, though, the stories started to get a little flat. They were either too complicated for their own good, extremely childish and simplistic, or weighed down by its annoying guest characters. The arc of restoring the Commonwealth is nicely threaded through the season, but sometimes takes a backseat to less interesting plots. Trance’s mysterious past and abilities was another ongoing theme in the season, which was fine, and I’ll have to admit that it’s still promising at this point, as long as the writers don’t overuse her as a deux ex machina (as in the prison episode). Trance uses her abilities to rake in the cash

Speaking of deus ex machinas, if there’s one character who’s epitomized that mechanic in this show so far, it’s Harper. He’s always pulling some fancy new technology out to save the day. It’s pretty lazy. Plus Harper is the show’s most annoying character, though let it be said that his actor does a pretty good job with his material. There are times we’ve gotten hints of darkness hidden under his self-congratulatory persona, such as expressing his fear of getting infested with Magog eggs in this episode, that I would like to see explored more. Rev Bem…what’s going on with him? He seemed to have disappeared from the majority of the episodes in the back half of the season. The fact that it took me awhile to notice this spoke volumes about his character’s impact on the show. I really want to like him, but he just doesn’t seem to be utilized effectively. Where did you go?

Things I want in the next season: More moral dilemmas and space politics, less mindless action, stupid characters, and dumb one-lines. Wait, hold on, I just got a message from my future self who just finished watching the show: “Prepare for disappointment.” 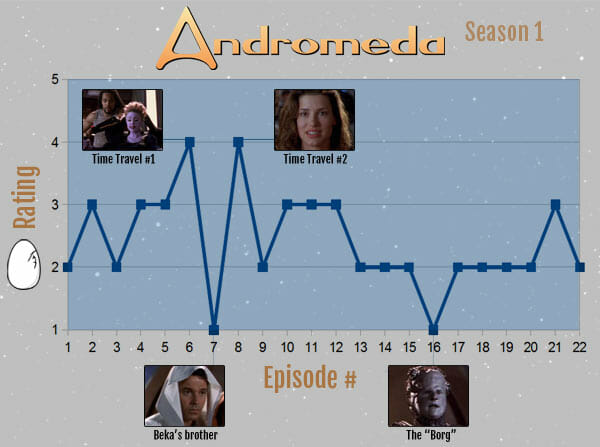