It’s common knowledge and objective fact that Patrick Stewart excelled in his portrayal of Captain Picard in Star Trek: The Next Generation, notably during the instances where Picard had to deliver an impassioned speech – whether to defend the sentience of his android crew member Data or to yell at Wesley Crusher for not telling the truth.

But there were also times where all Stewart needed to make an impression were two words. 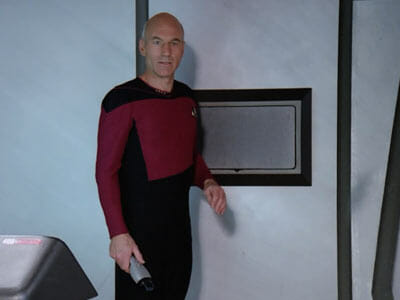 Picard calmly calls out to his time displaced self, getting his attention before murdering him. 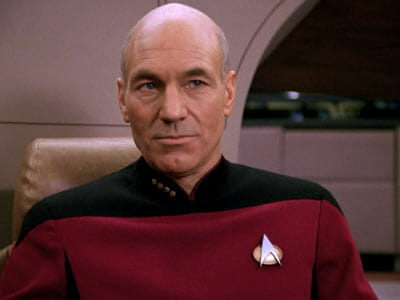 The order Picard gives to show up the Romulans. Incredibly defiant. 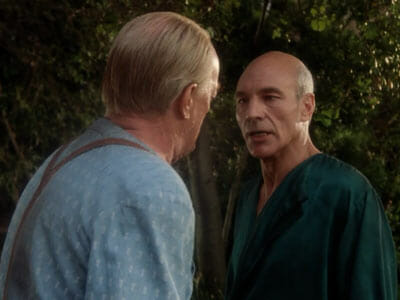 Picard’s civility towards his estranged older brother gradually crumbles, ending with these two words and one punch. 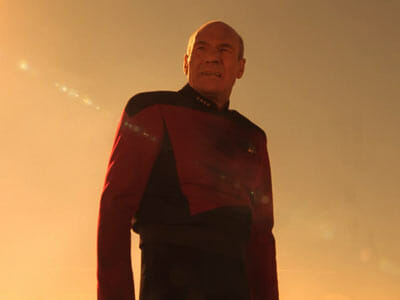 Delivered in a half-whisper to show how drastic the situation is. I say this when I come home and find that my cat threw up everywhere. 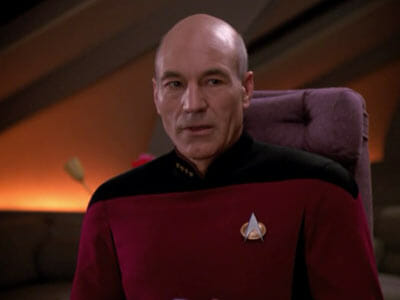 Hanging out with Vash and he just remembered his date with Dr. Crusher, who’s at his door. Awk-ward. 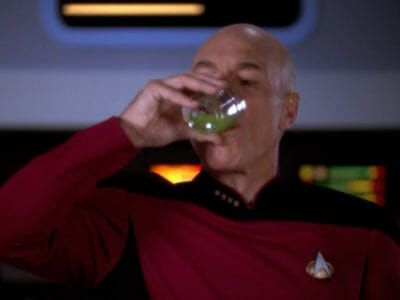 Says it so matter-of-factly, reinforcing the fact that Scotty is a stranger to this time period. 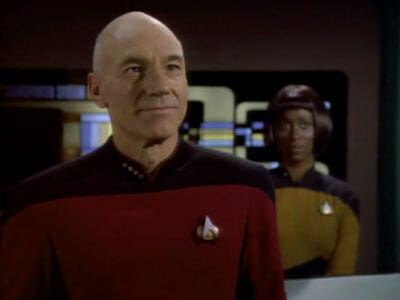 There’s so much joy in his voice, like his child just graduated college and is going out into the world. 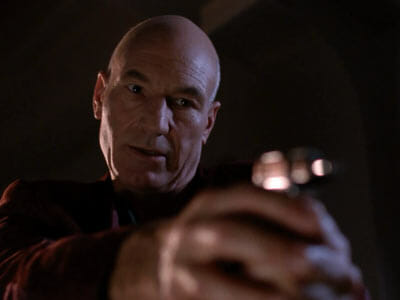 Said while threatening Tuvok, giving the impression he’s a wild card, a loose cannon, a rebel with nothing to lose. Dangerous. 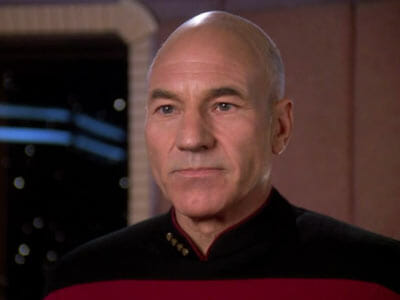 This line ends a tense exchange with Nechayev; I love that he stands up to say it. 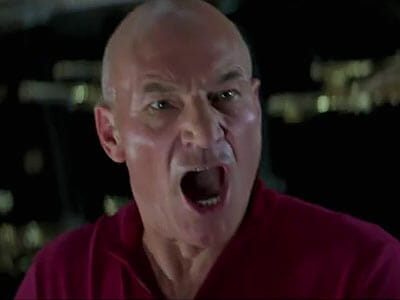 You knew this would be here.