Earlier this year, I visited what is known as “the Southwest’s premier horror convention” – Texas Frightmare Weekend. I have several comic cons under my belt, but this was my first horror con. 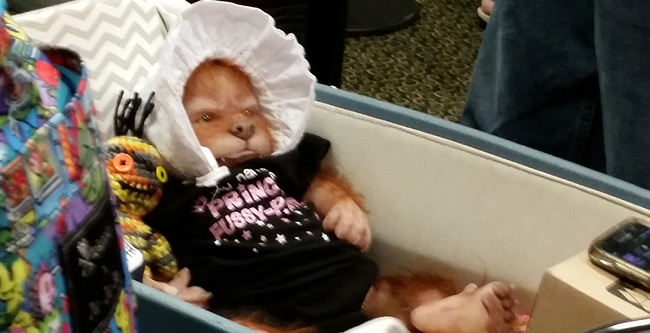 One of the first things I saw as I navigated through the dense crowds of human foliage was this cat baby thing. I considered it a good omen.

Dario Argento headlined the event in celebration of Suspiria‘s 40th anniversary; he was there with stars Barbara Magnolfi and Stefania Casini. The line to see him was about as long as you’d expect. 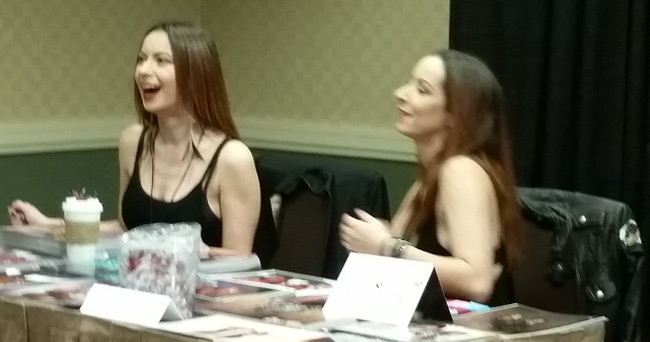 I met up with a couple Twitter friends (and briefly saw a couple others). We were in line to meet the Soska Sisters, who were incredibly friendly and gave hugs to everyone. Everyone.

Unlike comic con, there were no comics or tubs of cheap, cruddy action figures to dig through. But they did have an eclectic assortment of VHS tapes! 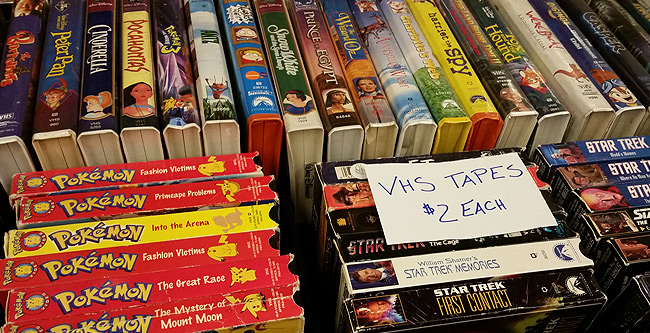 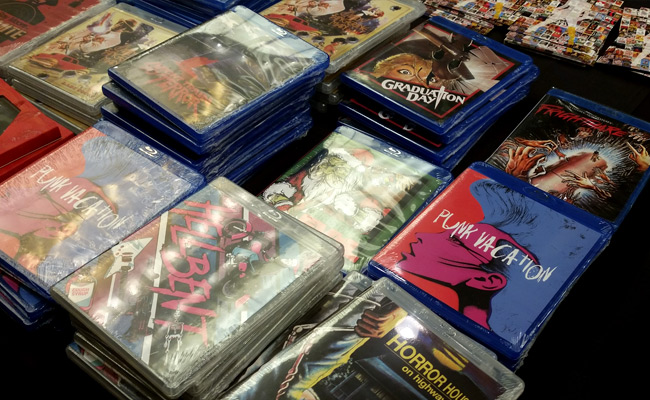 It’s humbling seeing tables covered in blu-rays (released by Arrow and Vinegar Syndrome) and knowing you haven’t seen any of them. So many gems waiting to be discovered.

Good ole Malcolm McDowell was here and I got to hear his soothing British accent in person, albeit from a distance. I should have gone up to his table to say hi. Same with E.G. Daly and Ted Raimi (go seaQuest!). 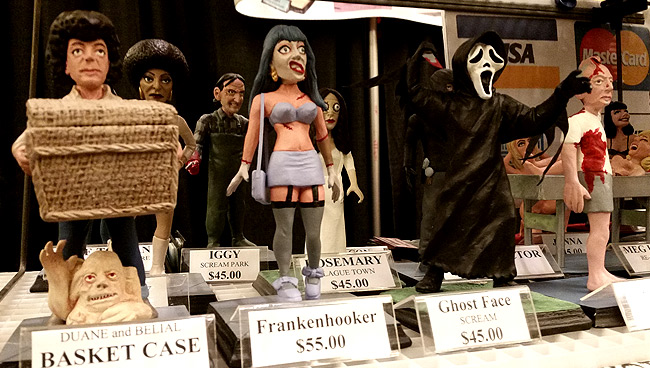 I did swing by Michael Paré’s table, since I’m one of the handful of people who watched Starhunter. He said season 3’s supposed to start filming in the fall (so…now). 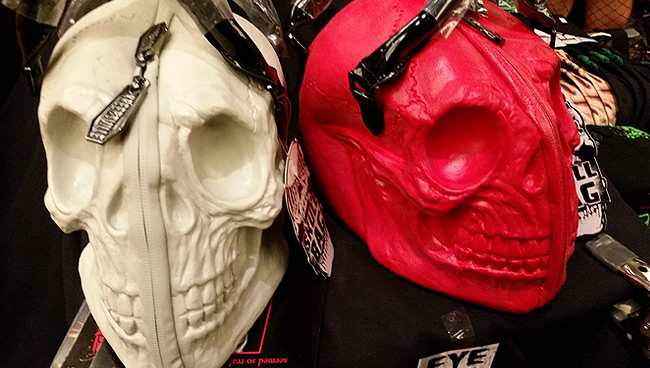 Meg Foster and Keith David weren’t at their tables – probably on lunch break. Same with the Walking Dead guests. Bummer.

I followed my companions to the panel for the upcoming Western-themed horror film Crimson Creek Massacre. We saw the trailer (twice) and learned from the Sisters what it was like to be set on fire. We were also told about the existence of a secret Facebook group where all the former child stars of all eras hang out. 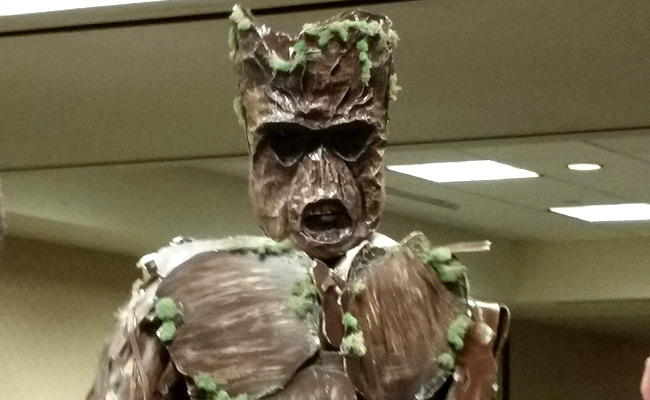 Groot roamed the area saying his trademark phrase; the Sisters were quite enamored with him. 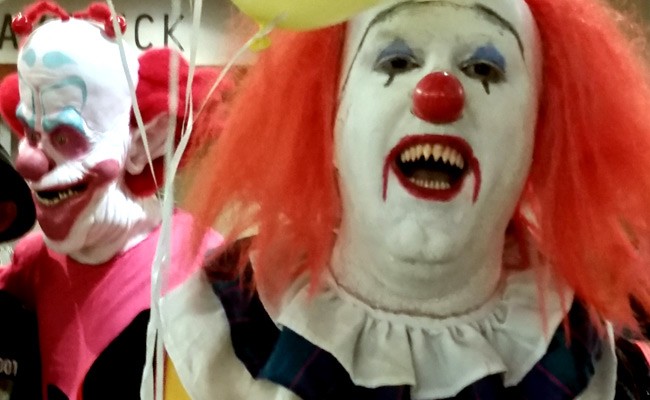 Clowns! Pennywise did an impeccable job of staying in character. 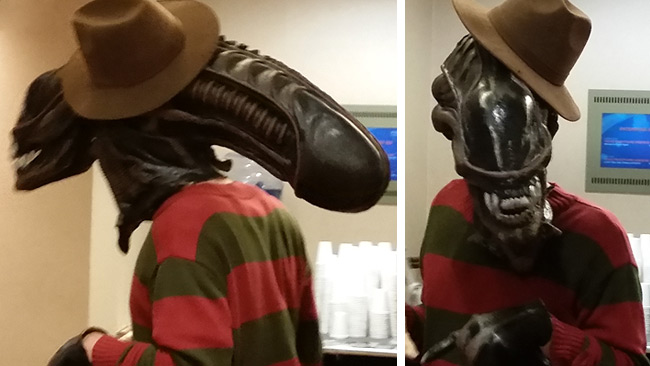 My favorite: a Freddy Kreuger-Xenomorph mashup!

Just some Funko ReActions and free pieces of paper. Karate Kill looks like a winner.